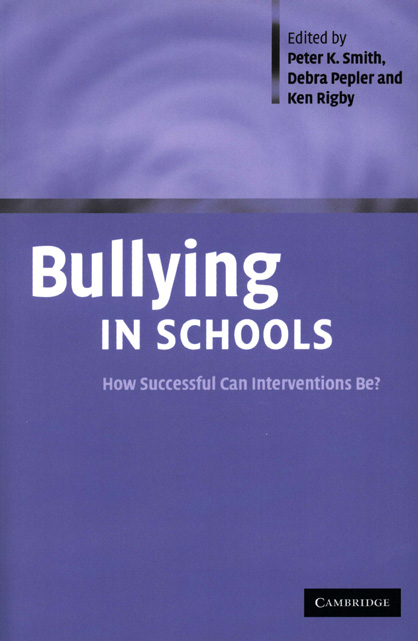 Bullying In Schools - How Sucessful Interventions

This book is a comparative account of the major intervention projects against school bullying that have been carried out by educationalists and researchers since the 1980s, across Europe, North America and Australasia. Bullying in schools has become an international focus for concern. It can adversely affect pupils and in extreme cases lead to suicide. Schools can take action to reduce bullying and several programs are available but do they work? In fact, success rates have been very varied. This book surveys thirteen studies and eleven countries. Working on the principle that we can learn from both successes and failures, it examines the processes as well as the outcomes, and critically assesses the likely reasons for success or failure. With contributions from leading researchers in the field, Bullying in Schools is an important addition to the debate on tackling school bullying, and attracts a broad audience, including educationalists, psychologists, researchers, policy makers and school management staff. Pages: 356