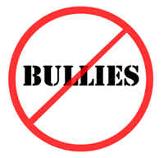 PBS Kids: It's My Life

President Barack Obama paved the way for victims of cyber bullying and their families to speak candidly about how school bullying has affected their lives in profound ways at a conferencethat focused on how adults and students can combat harassment in school and via technology.

Obama smiled when he said his large ears and funny name once made him a target of school-yard harassment. But he was all seriousness when he told the audience at a March 10 White House conference on bullying that torment and intimidation must not be tolerated.

The issue has been getting more attention partly because texting, Facebook, Twitter, and other technologies are being used to carry it out, and because of media coverage of teens who have killed themselves after such taunting and bullying in school.

Families of some of those youngsters joined Obama at the White House, including Tina Meier, of suburban St. Louis. Meier&rsquo;s 13-year-old daughter, Megan, hanged herself in 2006 after falling victim to an internet hoax carried out, in part, by an adult neighbor who posed as a boy. The neighbor, a woman, was later convicted of a federal misdemeanor in a landmark cyber bullying trial.