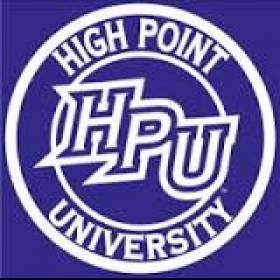 Undergraduates students in the College of Education meeting place.
We will connect, collaborate and contribute together making K12 a better place!

• No. 1 Best Regional College in the South (second consecutive year)

• No. 1 Up and Coming School in Regional Colleges in the South (second consecutive year)

• No. 1 for Best Undergraduate Teaching in Regional Colleges in the South

“HPU students are mentored by dedicated faculty who appreciate their role as enablers of learning,” says Dr. Nido Qubein, HPU president. “We continue to focus on plantingseeds of greatness in the minds, the hearts and the souls of our students. These rankings reflect our career-focused outcomes that students and parents appreciate.”

The university has steadily moved up in national rankings as it continues to grow. In 2005, at the start of Qubein’s tenure, U.S. News ranked HPU No. 17 among Regional Colleges in the South.

In addition to being named No. 1 three times in “America’s Best Colleges,” HPU was named this year as the No. 4 private school in NC for the best return on investment. It also is named as a 2013-14 College of Distinction.

The U.S. News rankings evaluate the top 1,800 accredited four-year schools in the country based on several key measures of quality including peer assessment, graduation and retention rates, undergraduate academic reputation, faculty resources, experiential learning opportunities and more. The list provides the most in-depth and complete rankings in higher education.

Dr. Qubein is the best. His dedicated faculty are truly enablers of learning.

It's Wonderful to Watch a School Grow!